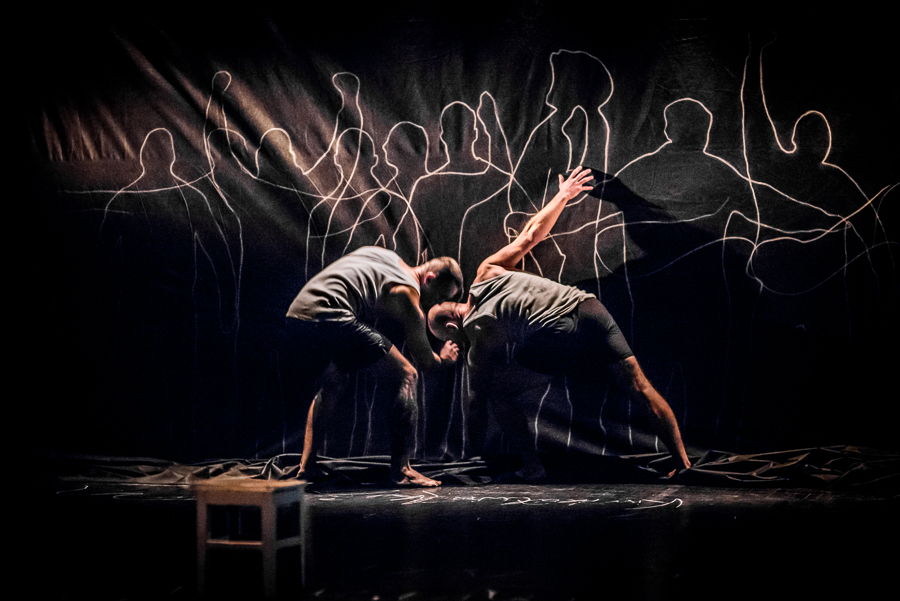 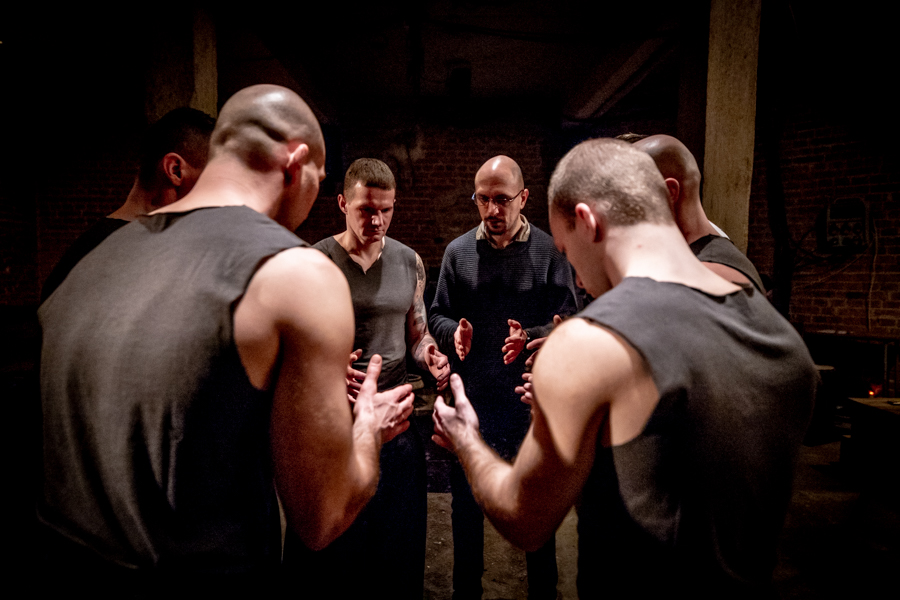 To Shout With Joy

Jubilo is a theatre group born in 2011 in Wrocław, Poland, driven by the need for artistic intervention as a protest against cultural exclusion. Jubilo aims to disintegrate social, economic, language and cultural barriers through artistic encounters where the platform of exchange is the language of theatre and music. The group leads long-term workshop encounters and directs performance pieces that build a space for theatre dialogue between participants and Jubilo.

Since its inception, the ensemble has worked with physically and mentally disabled youth, adults with experience of mental illness, Polish and Roma children, homeless adults, refugees in Bosnia, and prisoners. Jubilo collaborates with many arts organisations and theatres in Wrocław, including the Grotowski Institute.

Since many years the company has been leading, in collaboration with the Penitentiary N. 1 of Wrocław, the project Unlocking, out of which were produced the award-winning performance Reflection [dir. Agnieszka Bresler, Diego Pileggi, Simona Sala, 2015] and KAIN [dir. Diego Pileggi, 2019]. Within this project, the company develops different platforms including theatre training for inmates, professionalization program within the disciplines of theatre and is currently developing the possibility of building an international theatre network of theatre in prison realities. Within the different activities of the company, Jubilo also cooperates with professional theatres in Poland and abroad leading international workshop programs and artistic projects. Since 2017 the ensemble has been participating in international projects like Erasmus + and Creative Europe collaborating with theatre groups from all over Europe.

Last year, Jubilo presented its work in many international festivals and theatrical events, including the festival “Dreams before dawn” in Paris, the International Theater Festival “Festival dei Due Mondi” in Spoleto, the National Festival of Theatre in prison “Festival Destini Incrociati” and the International Conference of Theatre in prison “XX Convegno Internazionale I Teatri delle Diversità ” in Italy. The company also cooperates with academics and universities throughout Poland and Italy, including “Università La Sapienza di Roma” where are currently developed ongoing researches on the topic of professional theatre in prison.

The work of Jubilo is divided into two lines.
The first line is connected to theatre research and performance, where the actors of the project work in closed sessions developing their own artistic practice. Through work with theatrical tools (music, songs, movement improvisations, theatrical actions) the actors train, select and elaborate theatre and musical materials that will become foundational elements of the performative work of the group (performances, concerts, gatherings). Included in this line of work are periodic workshops, sharing the practice of the ensemble with performers, singers and musicians.

The second line is where the elements found in the closed session of the group transform, open to the community. The work of the group is put in practice and reveals itself from another perspective. A constant attempt to search for an artistic dialogue within the theatrical space of reference opens and overcomes theatrical conventions, borders and differences of surrounding. In this way the tools are questioned and confronted in order to feed again the development and research of the group. Jubilo takes an alternative path away from the stigma associated with therapy and social work. Rather, through the mutual act of an artistic meeting between two human beings, we seek to open a space for seeds to blossom and the individual’s creative voice to arise.

Relating to groups and individuals actively present in the community of reference Jubilo desire to develop a personal path for these entities. We seek to plant seeds that could be an inspiration for an active presence within the community.
Jubilo takes an alternative path away from the stigma associated with therapy and social work. Rather, through the mutual act of an artistic meeting between two human beings, we seek to open a space for seeds to blossom and the individual’s creative voice to arise.

Since its inception in 2011, Jubilo has worked with organizations both in the Wroclaw area and abroad; working with, among others, young adults with developmental disabilities, adults with mental illness experience, Polish and Roma youth, homeless people, prisoners and refugees. Jubilo also continues to collaborate with various cultural and theatrical institutions in Wrocław, including the drama academy PWST and the Grotowski Institute. Jubilo’s work also involves public sharing of its practice, which has included work demonstrations, seminars, documentary films, and artistic exhibitions of photography and fine art.

Jubilo is an independent project, collaborating with the Grotowski Institute since 2015.

This message is only visible to admins.
Problem displaying Facebook posts.
Click to show error
Error: Error validating access token: The session has been invalidated because the user changed their password or Facebook has changed the session for security reasons. Type: OAuthException Subcode: 460